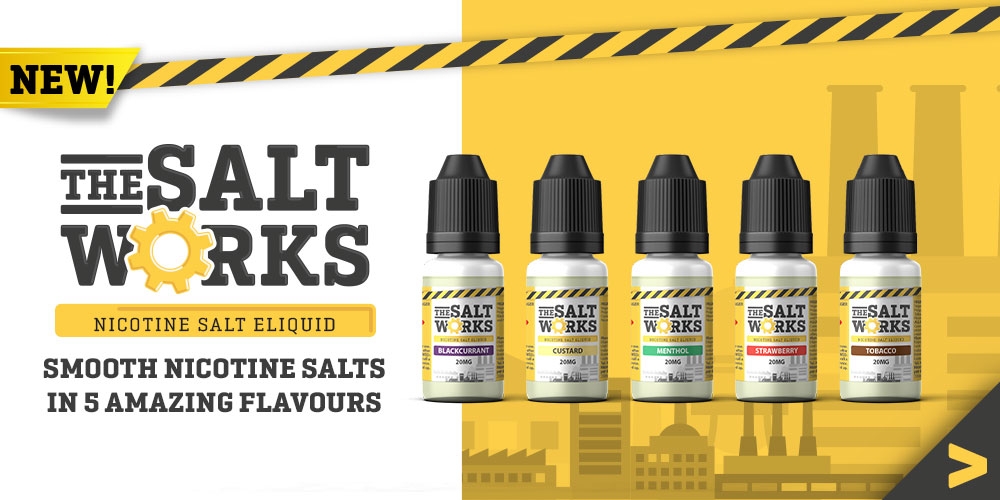 How the Salt Works... Nicotine Salts At a Glance

Nicotine salts are a very similar format to the nicotine found in traditional tobacco.

They are quickly and easily absorbed by the human body.

The Chemistry Behind Nicotine Salts

Chemically speaking, nicotine is a base that reacts with an acid to form a more stable compound – a salt. Nicotine is negatively charged and is a weak base. In the tobacco leaf, it’s constantly seeking positively charged protons to stabilise itself, in the form of a salt.

This more stable form of nicotine found in the leaf doesn’t vaporise well and is less well absorbed by the body.  It would require huge amounts of heat, and the resulting vapour would be too harsh to vape.

Scientists have since discovered that by using Benzoic acid as the acid that nicotine reacts with to form a salt, the resulting compound is much more easily absorbed and the PH level is reduced, giving a smoother throat hit.

The nicotine in nic salts actually hits home in a very similar way to a cigarette.

And if you've just quit smoking that can be key.

Most nic salt eliquids were (or still are depending on the country) created using Benzoic acid. But under EU classification, when inhaled, Benzoic acid targets the respiratory system and the lungs.  It’s prohibited in the EU.  Furthermore Benzoic acid is a key ingredient in some nic salt containing ecigarettes, outside the EU.