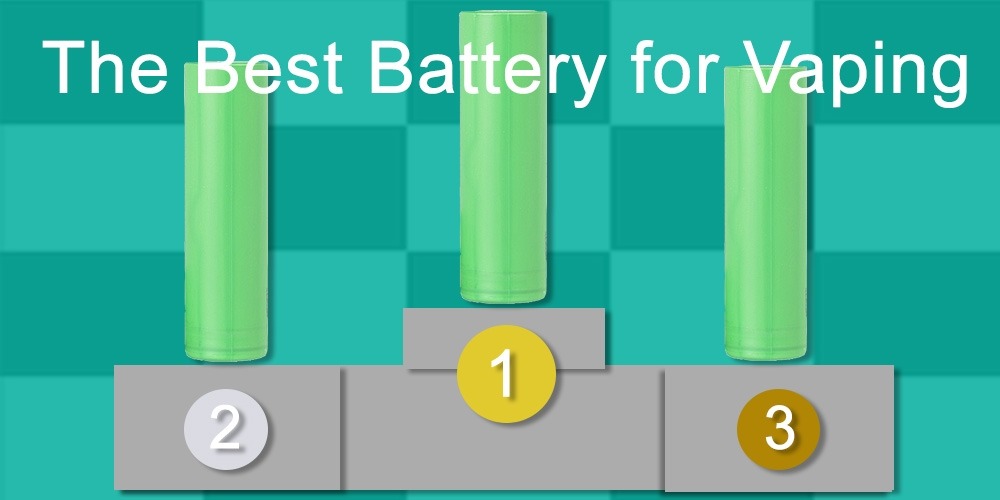 What Are The Best Batteries for Vaping?

Most vaping equipment requires the use of a 18650 battery. They are easy to get your hands on, reliable and most vape mods are compatible.

However, it’s not uncommon for 18650 to be counterfeited, making it important for you to know what to look for when choosing the best battery for your vape.

This guide will go through some of the key factors when deciding on a 18650 battery, as well as showing some of the best ones available.

The first thing to consider when choosing a 18650 battery for your vaping device or project is the battery brand. As the saying goes, not all brands are created equal and often times you will find are not very truthful in their battery ratings.

Every brand wants to sell as many batteries as possible.

If you’re unsure about who you’re buying from, stick to the four major brands that manufacture batteries, as you can guarantee they’ll be reliable in terms of quality, consistency and truthfully rated. These brands are:

Rewraps and cheaper manufactured batteries will often overstate the CDR, a variable we will get to shortly, or use other ratings instead of it. Always look for the CDR of a battery, and cross-check ratings with online sources.

Given the choice, everyone would choose a battery with the highest capacity. Capacity is measured in milliampere-hours (mAh) and this tells you how many milliamps can be drawn from the battery and for how many hours.

However, capacity comes at the cost of current rating (CDR). Inside of each cell, they can only fit so much material so you often have to choose between a high capacity battery OR a high current battery.

This is likely going to be the most important metric when choosing a battery for vaping. You need to know how much current the device you are trying to power requires before choosing your battery.

If you choose a battery with a current rating less than what you need, it will overheat because it’s being used way more than what it’s supposed to.

You also need to be familiar with the following terms:

CDR is the maximum current at which the battery can be safely discharged continuously without damaging the battery or reducing its capacity.

Pulse is the maximum current at which the battery can be discharged for a short period of time without damaging the battery or reducing its capacity. However, you should avoid making a decision based on the pulse rating alone due to the number of factors that affect it, such as pulse length, time at rest between pulses and battery temperature.

You may have comes across the term ‘hitting hard’ when browsing through batteries. This refers to the voltage at which the battery can sustain midway through its cycle or even longer.

Some batteries can remain around 3.7V midway through the cycle while other batteries are operating at 3.2V.

If your vape pen batteries are consistently reaching a high temperature, you are pushing the battery over its limits.

Batteries that frequently rise above 45C will certainly age faster than a cool running battery. They can also be dangerous as the potential for venting and/or bursting is increased greatly with a high-temperature lithium-ion battery.

You should consider choosing a battery with a higher CDR rating.

The final thing you want to consider when choosing the best battery for vaping is whether you need a flat top battery or a button top battery. They refer to the positive end of the battery.

A button top battery has a protruding surface which increases the battery’s length and may not fit in a device which requires a flat top battery.

A flat top is, as the name suggests, a flat surface and may appear to be too short if your device is requiring a button top battery.

So with these factors in mind, here are some great vaping batteries for you to consider using. 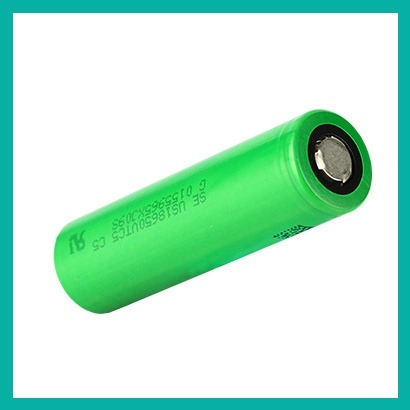 The Sony VTC5 18650 2600mAh battery has a 30 Amp discharge rate. This means you can build lower resistance coils, which places less stress on the battery. This battery has a flat top connection and also has a 2600mAh rated high drain rated capacity. 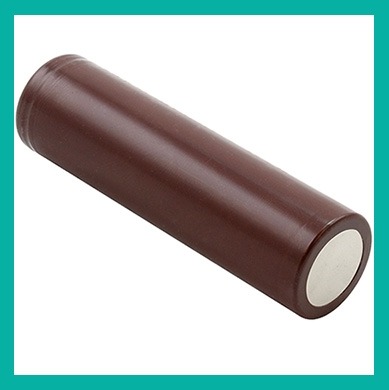 The LG HG2 rechargeable 18650 battery is lightweight but at 3000 mAH with a higher capacity and great discharge capacity. 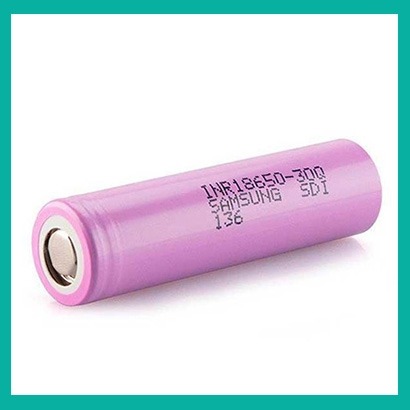 This is a lower output battery with a long-running time. A  couple of 30Qs on an MTL setup will have you forgetting when you last charged your device. They are easily recognisable by their pink wrapper and will keep your vape going for the long haul.

The Samsung INR18650-25R 3.7V batteries have a continuous discharge rating of 25A, making them perfect for sub-ohm vaping.

With a capacity of 2500mAh, these batteries will last a long time between charges.

The Samsung INR18650-25R 3.7V batteries have a continuous discharge rating of 25A, making them perfect for sub-ohm vaping. 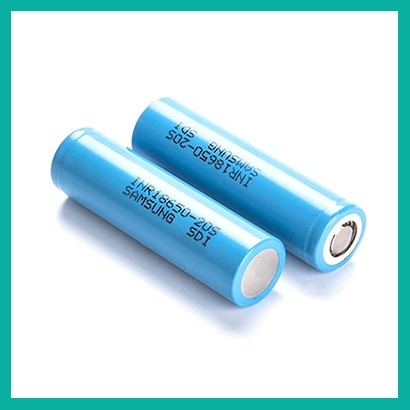 Samsung’s 20S can support up to a 30-amp draw, making it the best 18650 to use on a mech mod with lower-resistance builds. It won’t last you that long, but it will serve you well when rebuilding with its high amp rating.