But There’s No Smoke – Can Vaping Set Off Smoke Alarms? 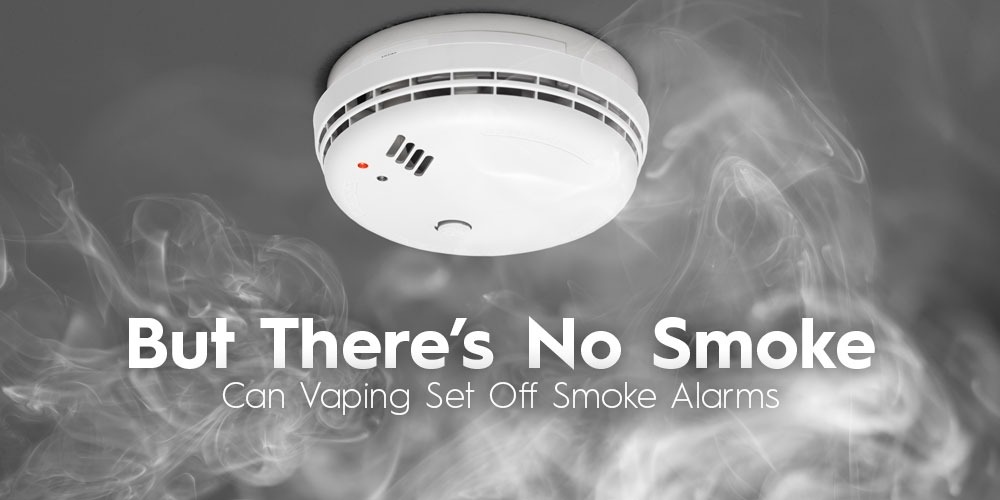 Careful Where You Vape...

Ecigarette forums are filled with stories about how people have set off smoke detectors by using vaping mods nearby.  And the same question comes up time after time… how can my vape set off a smoke alarm when there’s no smoke?

Because that’s why people use e liquid right?  It’s to do the ‘smoking’ thing without the deadly smoke. But perhaps smoke detectors are especially sensitive and give way at the first hint of anything that is remotely smoke-like?

There’s a bit more science to this, however.

Although vapour is vapour and not smoke, it is not this emission that is the decider in whether the alarm goes off or not.

Vape Mods - No Smoke Without Fire

There are different types of smoke detector, and it is the density of the vapour and how close to the sensors that will determine whether your vape will set one-off.

Common home smoke alarms are usually photoelectric or ionizer types.  Photoelectric smoke detectors use beams of light that when broken cause the alarm to sound. Ionization based detectors detect particle density in the air.

So if your cloud of e juice vapour is dense enough to cause a break in the beam, or create a build-up of particles the alarm will go off.  Smoke, itself, isn’t a factor and this explains why sometimes an alarm will go off, while other times it will stay silent when you’re vaping (or smoking) near one.

Are you too close? Is there lots of open space?  It is environment as well as the volume of the vapour that determines whether you’re going to be blasted with deliberately ear-splitting sound that smoke detectors make when roused.

While setting detectors off is fairly uncommon, given the number of vapers in the world, common sense suggests don’t vape around smoke detectors in areas where there are lots of people. You might feel bad when you’ve been the cause of a hospital evacuation because you fancied a little Black Jack or Watermelon e liquid hit.