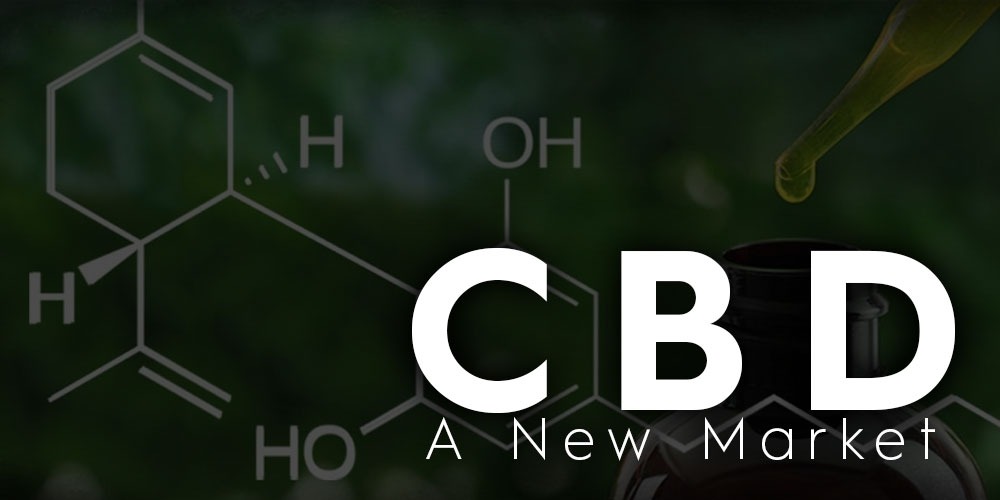 Boom.  That's the proper word to describe the state of the market in CBD eliquid at the moment. It's big, getting bigger and many people say (and let this be noted from the very start that there can be no official medical claims made here...) has turned their lives around.  There are 1,000 new users a month.  And more recently Vapemate has worked with its sister site CBD Club, to introduce a new range of CBD eliquid flavours to the market.

CBD is alleged to have helped a number of people with disorders such as anxiety and arthritis to helping people with more serious conditions such as Parkinson's Disease, epilepsy and even cancer.  Again there is no official position on the effects of cannabis on health or CBD, and no health claims can be made by sellers.

Of course, cannabis is illegal and a controlled substance, whereas CBD is an extract and is perfectly legal to purchase. There are cases of people who have acquired cannabis from a dealer – for medical reasons but found themselves in hot water.

CBD, while still regulated,  can be purchased legitimately in shops and online without worry of reprisal.

In February, the Daily Express reported that Labour MPs had turned on each other over whether or not cannabis should be legalised.

MP Paul Flynn was expecting a second reading of his bill to legalise cannabis, but earlier debates went on too long for the cannabis bill to be heard. The MP described it as 'Filibustering' - when a debate is deliberately dragged out so that a following bill can't be heard.

Mr Flynn's bill is due for its second reading in July.

In another case Alfie Dingley, a 6-year-old from Warwickshire who has a severe and rare form of epilepsy had his request for medicinal marijuana rejected by the Home Office.  He received treatment in the Netherlands in September using medicinal marijuana, which saw his fits reduced from 30 a day to a gap of 24 days without incident, according to reports.

Alfie's situation is now being reconsidered by the Home Office.

Doesn't this sound familiar, in fact somewhat like vaping when it first hit the shelves?

But let's take it back a step, in case you've never heard of CBD.

CBD, or cannbidiol, is a major part of cannabis (up to 40% of its extract) - but with the THC removed.  THC or tetrahydrocannabinol is the psychoactive part of cannabis.  So for argument's sake perhaps it's easier to say CBD is an extract of cannabis without the high...

...and it's all perfectly legitmate.  With CBD you could see the claimed benefits of cannabis, but without the risk of the falling foul of the law.

The Cannabis Trades Association estimates there are around 250,000 active CBD users in the UK, with 1,000 new users every month. It's booming.

And the industry hopes that the stigma of using such a product will be lessened as the market expands further – and it's a stigma that's coming from professionals in the healthcare system as well as from those who might use it.

CBD's success in the human brain is down to its ability to received across a huge number of receptors.  That means it can have a therapeutic effect on an equally huge number of disorders.

But scientists are discovering more and more about CBD and the effects on the human condition.  And most of the effects are therapeutic... then there's smell.

The terpenes in the cannabis plant are what gives it that distinct aroma – but studies have show that these too have a therapeutic effect.  In fact each different variety of cannabis has its own unique make-up and the effects on the human body are different between strains too.

All in all it seems CBD has a lot in its favour... perhaps it can learn something from the vaping industry?