If you've been vaping for a while, you may decide that now is the time to up your vaping experience and dabble with other kits. The great thing about vaping is the freedom to try different things, from various e-juice flavours to different pieces of kit to deliver bigger, better flavour and bigger, fluffier clouds. For the advanced vape user, the box mod could be the ideal investment.

Before you set about choosing your box mod, you first need to know what you are looking at. To understand what a box mod is, we need to revisit the start of the e-cig revolution.

A few years ago, inventors seeking an alternative to smoking cigarettes and all the health problems they bring, hit upon the idea of a rechargeable e-cig pen that could deliver the same hit of flavour and vaping experience, but without all the unhealthy garbage of smoking tobacco products.

The first e-cig pens were small, low-powered tube-shaped devices. Their cartridges were disposable once depleted, something that happened very often in the early days. With refinements and advances in technology, vape pens and e-cigs became not only more powerful but longer-lasting, without the need to replace cartridges. The development of tanks and vaping juice now means that once the juice in the tank is depleted, you just refill it and carry on, charging your battery in between sessions.

The vape pen style became popular too, as it was offered more. Longer and wider than the original e-cig, it also had a more powerful battery that meant you could vape for longer before needing to charge it.

But it isn’t just ‘inventors in white lab coats’ that have contributed to the development of vaping kit. The ‘ordinary’ vaper has too, by experimenting and building their own pieces of modified vaping kit too. And it is from these early homemade ‘box mods’ that the commercially viable box mod was born.

In its simplest terms, a box mod is a vaping device that is box-shaped, as opposed to the traditional, pen-style that is great for vaping beginners. The box mod is more complex, with screens and circuit boards that allow for a variety of functions. In other words, for the advanced vaper, a box mod gives you more control over your vaping experience, allowing you to make changes so you create a truly unique vaping experience, something that the advanced vaper will often be looking for.

How to create a unique vaping experience

It isn’t just the kit that contributes to an amazing vaping experience or one that is unique to you. There is the vaping juice you use, from the PG/VG ratio to the flavour. Then there’s the heat side of things – do you want a heavy throat hit of flavour or are you wanting to create large, fluffy clouds (if so, you’ll need a high VG ratio liquid)?

When it comes to kit, box mods tend to be pricier than the vape pen simply because there is more tech packed into it, allowing you greater control. But you’ll need to be confident that you box mod you are investing in is not only the right one but the right move for you.

Which is best the box mod or vape pen?

If there is one benefit of choosing a vape pen over a box mod, it is its discreetness. Small in size, it is easy to slip in your pocket or bag, as well as being ideal for vaping on the go. That said, many people with the vaping habit prefer the box mod, despite it ‘chunkiness’ and irregular shape. 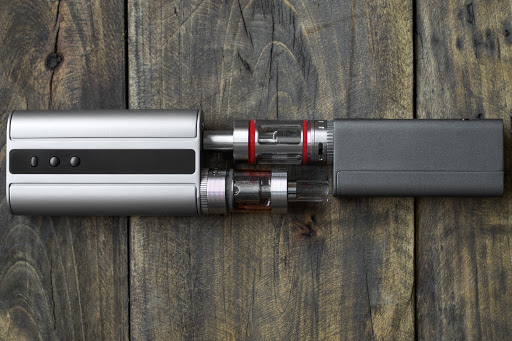 But the chunkiness is worth it when you see the benefits the box mod brings:

Regulated circuit boards in a box mod control the device better and are considered the safer option. For example, a regulated box mod won’t fire if it detects a malfunction, preventing all kinds of potential problems. Also known as personal vaporizer mods, new users tend to opt for regulated box mods as they don’t have to take responsibility for monitoring the safety of the device.

That said, for the more experienced vaper, more control over the temperature and the device itself is exactly what they are looking for and thus, an unregulated box mod is the right solution for them.

Choose a regulated box mod as your next vaping step

Are you ready to up your vaping game? Want to experiment but do so safely and with more control over temperature? If you answered yes to all these questions, a regulated box mod could be exactly what you are looking for. Better still, when you’re ready to up your vaping game to an even higher level, you could build your own unregulated box mod for a truly unique vaping experience.