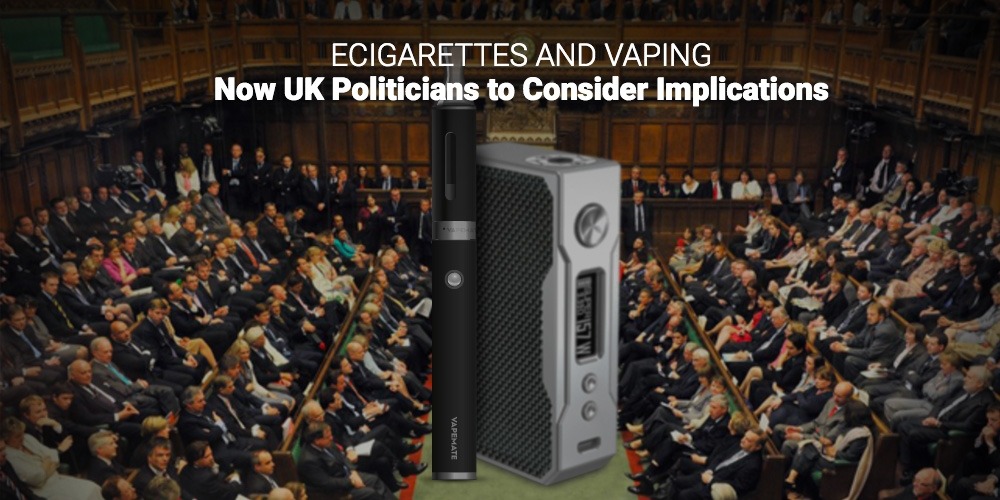 Just recently a UK government committee met to discuss the harms, benefits and future of ecigarettes and vaping...

With nearly 3 million people now vaping regularly the government's Science and Technology Committee has called for evidence on whether vaping is harmful, whether it’s normalising smoking and whether it's the gateway to teens and youngsters starting smoking.

While Public Health England has declared vaping 95% safer than smoking, the National Institute for Health and Care Excellence (NICE) has said there simply isn’t enough evidence on either harm or benefit.

In the US vaping band are introduced almost daily and further, some places have even gone as far as banning any flavour other than tobacco as they seek to limit the appeal of vaping to all but those who are looking to quit smoking.

And that’s the thing. Vaping has proven a very useful quit smoking tool, with the NHS Stoptober campaign using ecigs for the first time in its history in 2017.  The move came as 53% of people who quit during Stoptober 2016 used an ecigarette to stop smoking.

But among other things, the committee is looking at will be whether ecigarettes should be available on the NHS in the future.  It will also look at vaping’s potential economic implications on the NHS.

Despite smoking being a proven cause of death of 80,000 people in the UK every year, it seems that it's still nicotine that is demonised.  In May this year, new rules came into force restricting eliquid sales and requiring testing on all ejuices.  However, the rules, known in the business as TPD (Tobacco Products Directive), only applied to nicotine-containing products, so non-nicotine eliquids could be filled with no end of harmful chemicals, as long as it there’s no nicotine.

However, the positive take from all this is that thus far the UK government seems to have taken a more pragmatic approach to vaping than some other countries, where vaping might see you jailed.

Norman Lamb, chair of the Science and Technology Committee said: "Almost 3 million people in the UK now use e-cigarettes, but there are still significant gaps in the research guiding their regulation and sale. They are seen by some as valuable tools that will reduce the number of people smoking ‘conventional’ cigarettes, and seen by others as ‘re-normalising’ smoking for the younger generation.

"We want to understand where the gaps are in the evidence base, the impact of the regulations, and the implications of this growing industry on NHS costs and the UK's public finances."