How Ecigarettes Helped Jails to Earn a Buck 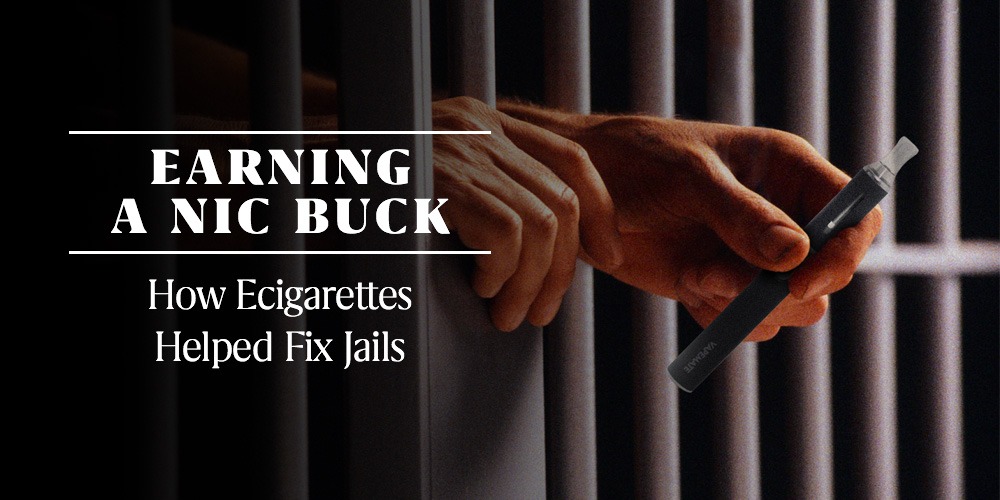 In the summer of 2015 hundreds of prisoners in Melbourne rampaged through the city’s Ravenhall prison. The violence lasted 15 hours and caused $10m worth of damage – it was the worst in Victoria’s history.

Prisoners lit fires, smashed windows and broke walls before eventually being brought under control by heavily armed guards using the cover of darkness.

…and the riot came just as a smoking ban was being introduced.  Although 18 months in the planning it was widely regarded that the proposed ban was the trigger.

Smoking Ban and the Vaping Phoenix

Smoking bans in prisons are widespread across the US and are currently being considered by the UK courts.

Originally UK prisons were exempt from the laws that made smoking illegal in the UK’s public places, but currently Welsh prisons and a handful in the UK enforce a ban.  Today HMP Wymott prisoner Paul Black is also fighting for smoking to be made illegal in prisons on health grounds.  The Supreme Court is due to hear his case in September.

But from the ashes of a smoking ban rises an ecigarette-shaped phoenix.

Ecigarettes have been used to great effect by most correctional facilities, both here and in the US.  In the UK ecigarettes were introduced last year ahead of a proposed smoking ban, while in the US County jails in many states have gone a step further and use them as a source of revenue. County jails in seven states including Illinois, Tennessee, Alabama, Nebraska and Kentucky now sell ecigarettes with a view to making a profit.

And those jails that allow ecigarettes have reported a lower incidence of violence among inmates and fewer of the problems associated with contraband.  Tobacco is still the biggest form of confiscated contraband in prisons, with 30g of tobacco fetching up to $500 reported in one New Zealand prison.  Single cigarettes were allegedly selling for £20 in one UK prison too.

In the US those county jails that offer ecigarettes allow inmates a small number of flavours and the products have since become one of the most sought after items. Federal prisons continue a ban on vaping, however.

But so big is the business of prison ecigarettes – despite a trend outside of prisons that wants to see vaping banned – that an entire industry has sprung up around it.

Crossbar in the US is one such company, creating ‘jailsafe’ ecigarettes from soft plastic that can’t be weaponised (the hard metal casings with regular ecigs were being used to make weapons).  In the UK e-burn are the ‘No 1 vaping solution for secure environments’.  E-burn are also supplying the ecigarettes in a 6-month trial at the Isle of Man Prison.  The Isle of Man prison was the first in Europe to become smoke free and when the smoking ban was introduced there in 2008 prisoners went on hunger strike.  The trial there will help determine if ecigs should be rolled out across all UK prisons.

There’s as much as a 400% mark-up on ecigarettes and jails can plough the extra profits back in to services for inmates, or as in one case, a sheriff was using profits to boost staff pay packets.

According to Crossbar’s website “Almost every inmate in a correctional facility arrives with an addiction to nicotine. An abrupt disappearance of any substance of addiction can trigger multiple behavioural issues. Facilities who utilize our products experience a reduction in conflicts between the inmate population.”

And one Prison Officer’s Union claimed a smoking ban in Queensland in 2008 led to the doubling of attacks on guards. Where smoking bans exist there have also been reports of increased dependency on drugs.

In UK prisons inmates are given nicotine replacement therapy but part of vaping’s success is in its replication of the action of smoking, rather than just the ability to deliver nicotine.