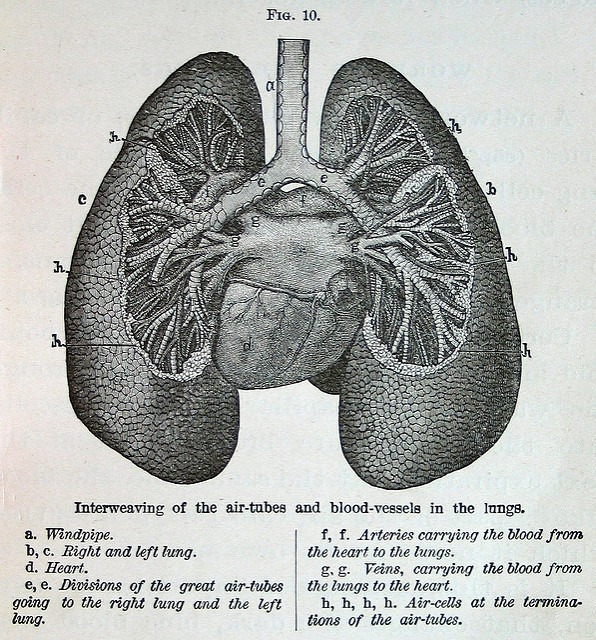 Smokers who switch to vaping will notice an immediate improvement in lung function. While you are still inhaling vapour, the vapour is 95% less harmful than cigarette smoke due to the absence of the harmful chemicals and compounds found in cigarettes.

What smoking does to your lungs

Smoking leads to accumulation of tar in the lungs, which most will be familiar with if they have seen illustrations of smoker’s lungs. Smoking also paralyses the cilia, which are small fibres that clean out dust and dirt in the lungs, making smokers more prone to chest infections. Over the long term, smoking can lead to emphysema, lung cancer, COPD, and other lung diseases. Recently, a British study showed that vapers report fewer lung infections. While there hasn’t been sufficient time to do long-term studies of the effects of ecigarettes on the lungs, Public Health England has stated that vaping is 95% less harmful than smoking - so in terms of relative harm, it’s not likely to be even close to as dangerous as smoking is.

It does take a long time for lungs to fully recover from smoking - risk of lung cancer is ever-present in former smokers. But lung capacity starts coming back right away, and the risk for developing multiple lung diseases starts plummeting early enough that it is certainly not a lost cause to quit. Additionally, if you do develop a long-term disease such as lung cancer, your body will be far more responsive to treatment if you’ve quit smoking entirely.

The eliquids used in vaping consist of four ingredients: nicotine, propylene glycol (PG), vegetable glycerin (VG), and food-grade flavouring. Over time, many vapers eliminate nicotine. None of these ingredients produce the tar that settles in the lungs from cigarette smoke. Nicotine has no effects on the lungs, and the VG and PG used are often food and pharmaceutical grade, with very low toxicity when inhaled. If you want to dive down the rabbit hole of exploring the safety of the inhaled vapour, this Reddit thread contains links to studies that NASA conducted on the effects of inhaled PG, and other studies on animals.

Short-term coughs will happen for anyone who quits

One of the myths about ecigarettes is that they make you cough - the truth is that any attempt to quit smoking will result in a period of about 2 weeks to 2 months in which you are coughing up phlegm. The duration depends on how heavy of a smoker you were, and this is just your lungs cleaning themselves out and recovering to their normal capacity. Smokers who are quitting may also experience some pain and discomfort in the lungs, no matter what method they use to quit. Again, this is your body healing itself, and nothing to be concerned about.

Real-life stories of how lungs recover

Reddit is full of stories of vapers who recovered lung function after quitting smoking. This thread and this one are full of testimonials, including:

“I just ran 2 miles without stopping yesterday. A few months ago when I was vaping and smoking there was no way I could have done that. Just stick with it and you will notice a difference.”

“Since I quit smoking, I am able to run like 2-3km per day, no deep breathing. And when I was smoking I was getting exhausted by walking upstairs to my room.”

“I switched from cigarettes to vaping about a month ago. One+ packs a day for 15 years to strictly vaping, and I live a very active lifestyle (biking, rock climbing, my job, etc). I haven't noticed much of a difference (yet) as far as stamina goes, but I've been noticing my lung capacity improving greatly. Other improvements I've noticed are my sense of taste and smell getting better and my overall happiness improving. I plan on giving up on vaping once I wean myself off the nicotine. Can't speak for the longtime vapers though.”

The point of vaping is to quit smoking. Over the course of an average smoker’s life, they will be vaping for far less time than they were smoking - and most will eventually quit vaping as well when the habit has been permanently kicked. The effects of using an e cigarette on the lungs are far less harmful than smoking, and your lungs will recover capacity quickly once you quit smoking.