Everything You Need to Know About Sub-Ohm Vaping 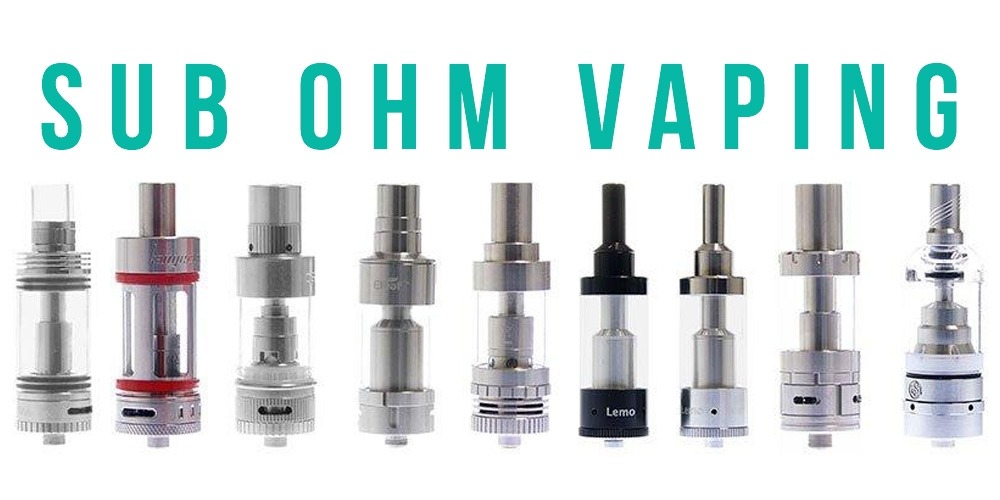 So What is Sub-Ohm Vaping and Why Do It?

As electricity passes through a coil it faces electrical resistance.  Things such as thickness of the coil’s wire, material and shape all affect the amount of resistance.  This resistance is measured in Ohms, named after physicist Georg Ohm, who uncovered the relationship between resistance, current and power.

Vapers sub-ohm usually to get more vapour or more flavour (and vapers who like to blend their own juice using e liquid flavour concentrates are also sub-ohm vapers too).   The increased vapour comes from heating the coil quicker and reaching a higher temperature.  To get that extra vapour a vaper must either increase the power or decrease the resistance in the coil, and when the vape mods resistance is decreased to below 1.0 Ohm, it’s known as sub-ohm vaping.

Increasing the battery power could result in burnt coils, burnt wick and vapour that’s too hot to vape comfortably.  There’s only so much power you can put through a coil before it starts to cause problems.

By decreasing the resistance, and increasing the airflow you can introduce more power, faster, before the vapour gets too hot or the wick burns.

You decrease the resistance by making the coil thicker, effectively creating more room for extra electrons.

Sub-Ohming has acquired a reputation for being potentially dangerous, and while it’s not suited to beginners, it’s when vapers build their own coils and mech mods that problems – fires, etc – can occur.  Blast a powerful battery through a coil that can’t handle it and the coil will give up, the battery will discharge too fast and the result is a news headline.

The battery and understanding how the power flows is perhaps the most important element of sub-ohm vaping.   The advice is always, always get genuine batteries from a reputable source.  Regulated mods have all sorts of safeguards, but if you are building your own then make sure you buy genuine batteries from a reputable dealer.  Mechanical mods require advanced knowledge of Ohm's law and an understanding of how far the battery can be pushed before it becomes a risk.

But these days it’s normal to get a sub-ohm mod with all the safeguards of regular mods. And most people can happily vape at around the 1.0 Ohm region without the need to go further below.

If you need more from your vape try a high-powered variable wattage or variable voltage mod.  Sub-ohm vaping came about from the need to get more than what was available on the market at the time, but now there’s so many great mods out there you might not need to sub-ohm at all.

Mouth to Lung, Direct to Lung?

Sub-ohm vaping is also direct to lung – that means you inhale straight into your lungs.  Smoking is a mouth to lung habit, and if you’re used to vaping in that way you might find it strange at first.

Whether sub-ohming is for you is entirely dependent on… you, and how you want to experience your vape.  The safest way to sub-ohm is to use a regulated mod with a sub-ohm tank, but if you build your own get some understanding of the risks and how to avoid them.