Smoking Just One Cigarette Can Lead to a Habit 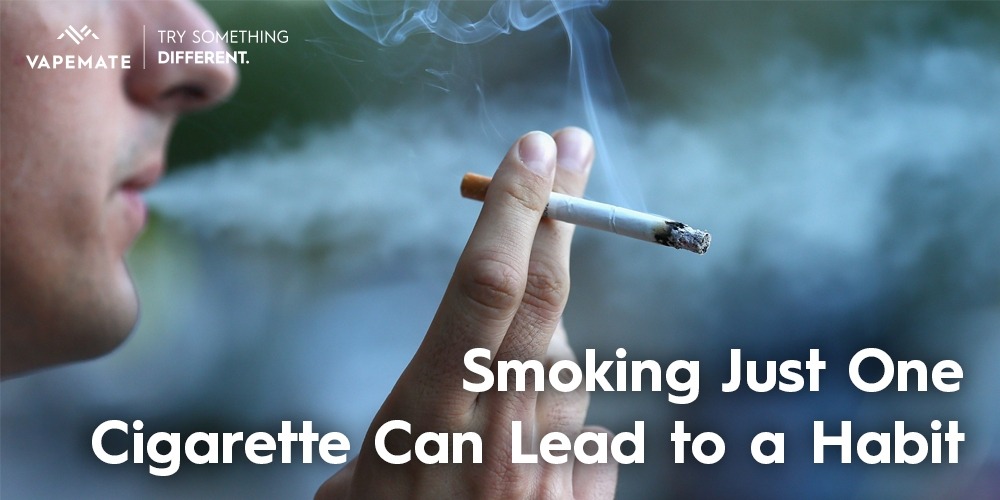 Researchers at Queen Mary University in London found that two-thirds of people who tried a single cigarette went on to develop a smoking habit, even if only for a temporary period.

And the results, published in the journal Nicotine and Tobacco Research this month, are being seen as further evidence that preventing smoking take-up in young people should be a key message.

The findings gathered data going back to 2002 and included surveys conducted in the UK, New Zealand, Australia and the USA.  The combined data showed that nearly 70% of those who had tried a cigarette had gone on to smoke daily, for a period of time after.

However, the authors said that when it comes to ecigarettes one-off trials are less likely to result in those people becoming regular vapers.

The research looked at data from eight previous surveys and included information from more than 215,000 people.

A recent study also found that smokers were less attractive than non-smokers.

And researchers believe their findings could be instrumental in promoting changes in smoking behaviour, especially among young people adding that young people are particularly sensitive to the negative effects of smoking on attractiveness.

A team at the University of Bristol presented the faces of 23 sets of identical twins, plus a male and female prototype to over 500 participants.

The aim was to see if those taking part could work out which twin was a smoker and then if the smoker was classed as less or more attractive.

More than 70 percent of the time the smoker was identified and the group also chose the non-smoker as the more attractive of the pair.