Things to Know Before Buying Your First Box Mod 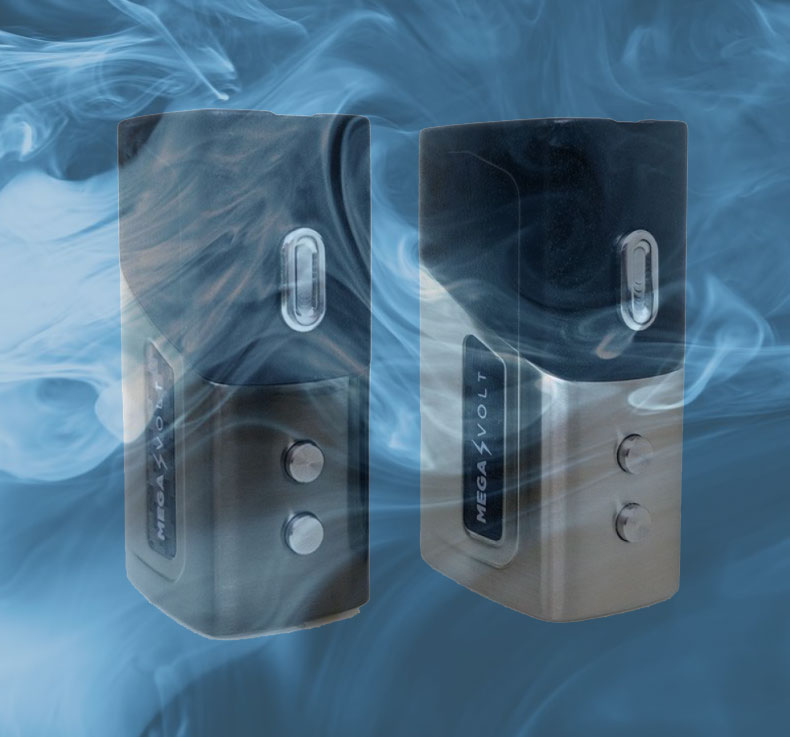 What is a box mod?

A box mod is a vaporiser that is considered by most users to be a step up the vape ladder.

If your standard vape pen is a Ford Fiesta then your box mod is your Ferrari: better performance, more powerful, looks great and goes like… erm, you get the idea.

We'll look in a moment at some of the features you’ll want to take into account when you buy a box mod, but for now let’s talk in general terms about what advantages the seasoned vaper can grab from buying a box mod.

Because there are quite a few…

For one thing box mods usually have a large battery: great for running time and power output.

They sometimes sport a settings interface too, which gives the user access to a whole raft of features including how the vape is produced and the running temperature of the device. In essence, it is via the interface that a user can customise the whole vaping experience.

Unlike the less advanced vapes, such as the pen type, the box mod user is able to fit various types of battery, atomiser and tank to the box, and it is this flexibility that attracts those users who may enjoy customising their box mod to fit an occasion.

Let’s look in a bit more detail at some of the features of the box mod:

Most pen vapes produce vape at a set temperature, which suits vapers who don’t want to have to fiddle around with settings before they take a draw. The box mod’s settings allow users to define the temperature at which the vape is produced, thus a hit can never be too hot or too dry.

Pen vapes have a tendency to a very slight delay before the coil heats up enough to produce vape. For the serious vaper, another benefit arising from the box mod is the amount of power delivered to the atomizer. The wattage can be controlled by the user. If instant kick and more intense vape are called for then the box mod delivers.

One of the coolest features of the box mod is its ability to be customised. Atomisers are often the most interchangeable; different atomisers offer different features: some can hold a lot of liquid (ideal for a night out) and some produce a stronger and firmer vape plume.

A box mod vaporiser with a coil of little resistance – called a sub-ohm – increases the power output of the vape to boost flavour and vape plume.

If you’re about to buy a box mod you’re in for a treat, since there are dozens of box mods on the market at the moment, all sporting various new designs, LED lighting, interfaces, settings control and more.

In terms of shifting up a gear you will want to look at the basic features first – such as wattage and tank capacity – and then take a look at what additional features each one sports. Generally speaking, all box mods have at least one powerful battery and 510-threaded tanks (MTL or sub-ohm).

Here are two types of box mod, showing the different features of each:

The Mig is the rising star of box mod culture. As well as being compact and easy to handle (great for sneaking a vape while no-one is looking) it produces smooth vapour with a terrific taste. It isn’t as hot on power as some of the others (built-in 2200mAh battery with a max power output of 40W) but as an intermediate model, it is well worth investing in.

This box mod also has a built-in LED interface by which users can customise vape performance, and a three-button configuration for ease of use.

The USV is for the serious vaper. It comes with two batteries for awesome power (the output of which is infinitely adjustable) and it vaporises in a fraction of the time of a vape pen. In addition, the USV can be upgraded using online firmware and you can customise the look of this mod in a variety of ways.

This is not a box mod for the beginner. The settings are a little complicated – and the vape can be daunting – but for the seasoned vaper it is a must.

This is a box mod that is thought by most expert vapers to be well built and built for purpose. As a result of its design and power capabilities it produces quality vape instantly and exactly to the demands of the user.

Wattage ranges from 5W to 240W. The batteries are located at the base of the device which makes charging and replacing them easy.

How to buy the right box mod

So, there’s a brief introduction to the box mod. You know a little more about how it works and what its good points and bad points are. Now it’s crunch time.

Down to you to decide what sort of box mod will suit you.

In short, there is something for everyone out there. The types of vaporiser on the market offer a little of one thing or another, but it is up to you what you want more of. Pick a vape that fits with your vaping routine, or the company you keep, or your own style.

And ask yourself the following questions:

To find the right vape takes time but once you have you’ll be pleased you took the time to look. When you’ve found a vape that best matches your reasons for vaping and your style then you’ve made the right choice.