Vaper’s Cough: 7 Probable Causes and How to Get Rid of it

Vaper’s cough may be fairly common, but it’s not often talked about as much as smoker’s cough.

It affects beginner and experienced vapers alike, and the causes are wide-ranging. In this post, we shed light on what causes vaper’s cough and the measures you can take to address it.

What is vaper’s cough?

While people venturing into the world of vaping tend to cough rather regularly, it’s worth noting that this is just a normal reaction for most when vaping for the first time. It’s mostly down to a poor inhalation technique and the cough should subside once the new vaper gets the hang of an e-cig draw.

As much as most people resort to a mouth-to-lung (MTL) draw by default – an inhalation style similar to the standard technique smokers assume when puffing on a regular cigarette – there is a subtle difference in the way an e-cig device and a tobacco cigarette are inhaled.

In actual fact, vaper’s cough is a persistent cough stemming from vaping. Just like a smoker’s cough, it can cause phlegm and could linger for days or a couple of weeks. The good thing, however, is that there are measures you can take to either quell it or lessen it, depending on the trigger.

7 causes of vaper’s cough and their associated solutions

The causes of vaper’s cough cut across the board, and while some have to do with your vape set-up or inhalation technique, a fair few are rooted in the components that make up your e-liquid – propylene glycol, nicotine and even flavouring.

Let’s look at each individually, shall we? 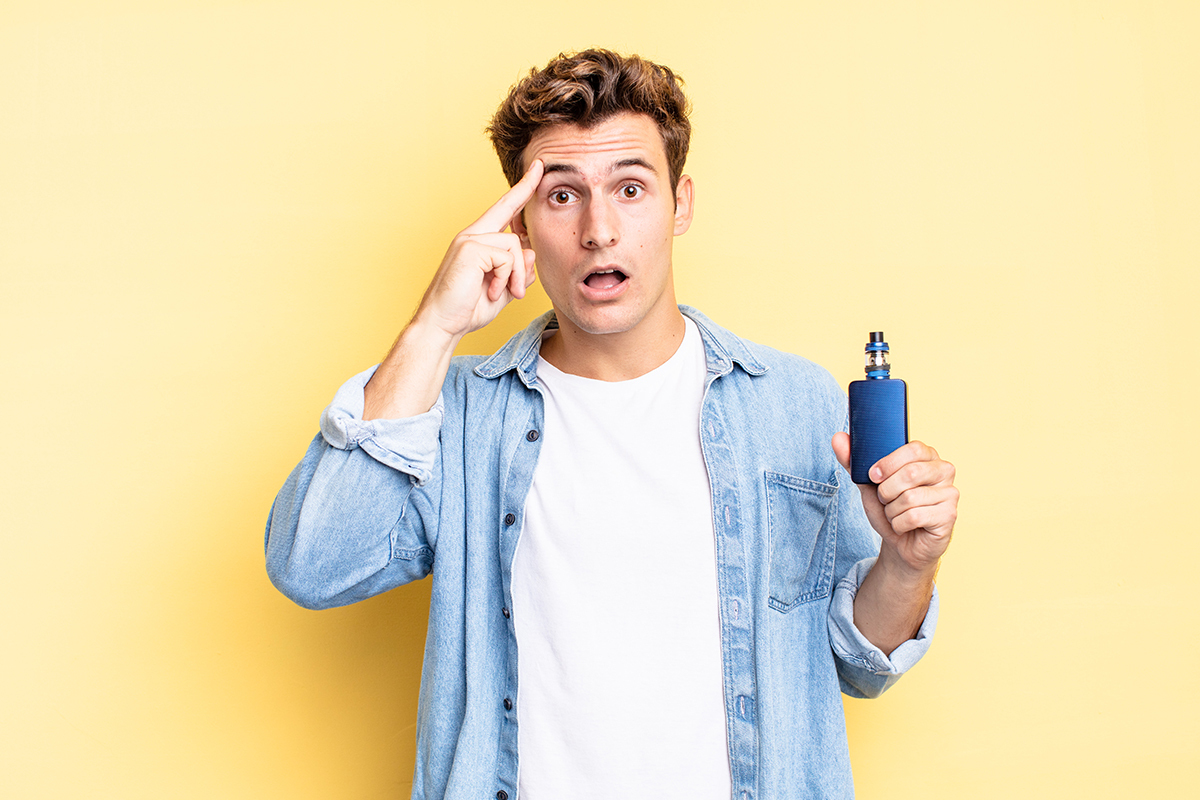 Propylene glycol (PG) is one of the main ingredients in e-liquid and together with vegetable glycerine (VG), constitutes approximately 80% of your typical e-liquid composition.

PG is harsher on the throat especially in high quantities, as much as ‘high’ in this context may mean 50% PG – the standard maximum amount of propylene glycol present in e-juice. These juices, which contain equal amounts of PG/VG, fall under the category of regular e-liquids and are also referred to as 50/50 e-liquids.

PG plays the role of delivering the much sought-after ’throat hit’ which helps creates a more realistic smoking sensation when vaping, but the downside is that some people are sensitive to it (others allergic). PG-related coughing could be as a result of pairing juices high in PG with a larger, more powerful e-cig device or sub-ohm kit.

Solution: Consider paring down your PG content by opting for a VG-based juice such as a 70/30 blend, especially if you’re using a device with a high battery output.

Another possible reason you might get vaper’s cough is vaping high nicotine strength e-liquids, more so if you’re using a high-powered device like a sub-ohm kit.

Some people also develop a cough based on the type of nicotine they use, especially freebase nicotine which can feel harsh to some due to its high pH level.

Solution: Try cycling down on your nicotine strength and see if it makes a difference. If you vape 18mg e-liquids, try 12mg and see how you respond to it after a week or two. If you used to be a heavy smoker, consider switching to nicotine salt e-liquids which are much kinder on the throat and absorb into the bloodstream more effectively. But if the dose is too strong like say, 20mg, again, get it down to 10mg and observe if there is any change.

People react to the different e-liquid components differently. Some are allergic to PG, others to VG, while there are those who might not take too well to some flavours. Some users have reported that specific flavours (the brand notwithstanding) prompt problems like coughing.

If you are sure it’s neither of the other ingredients causing the vaper’s cough (nicotine included), it seems a certain flavouring could be the root cause behind it.

Solution: Elimination method will be your friend here. Assuming you’ve ruled out the other ingredients, try weeding out some flavours from your routine and see if there are any changes.

The importance of sourcing your vape supplies from a reputable vendor cannot be emphasised enough. You might think you’re saving money on some cheap imports, but you never really know what goes into some of the products out there.

The UK market is regulated and there’s tight control on ingredients. So, by purchasing your e-liquids from a trusted source like Vapemate, it basically means the product is safe for use.

Still sticking on e-liquid type, we already mentioned that some people might also develop vaper’s cough based on the type of nicotine they use. Freebase e-liquids in particular are typically harsher than their nic salt counterparts, especially when the PG and nicotine levels are high, so they could lead to such a reaction.

Solution: If you develop a vaper’s cough after using a certain brand’s products, consider temporarily suspending that particular brand’s e-liquid. Observe for changes. As well, if you’re using freebase e-liquids, consider switching to nic salts. The latter point, though, might apply to new vapers better as they haven’t had long enough to gauge how they react to either variation of e-liquid.

Vaper’s cough can also be tied to poor device maintenance, and both new and experienced can be culpable.

Priming coils before using them keeps them from burning. Chain vaping or vaping at temperatures not suited to the coil could also fry your coils. Vaping on burnt coils could irritate the throat. You’ll know your coil is burnt from the taste. The exhaled vapour can also become thin and unclear, and it’s never an appealing experience all-round.

Solution: Swap your coils frequently based on usage. As well, make it a point of always matching your vape coils with the right tank. 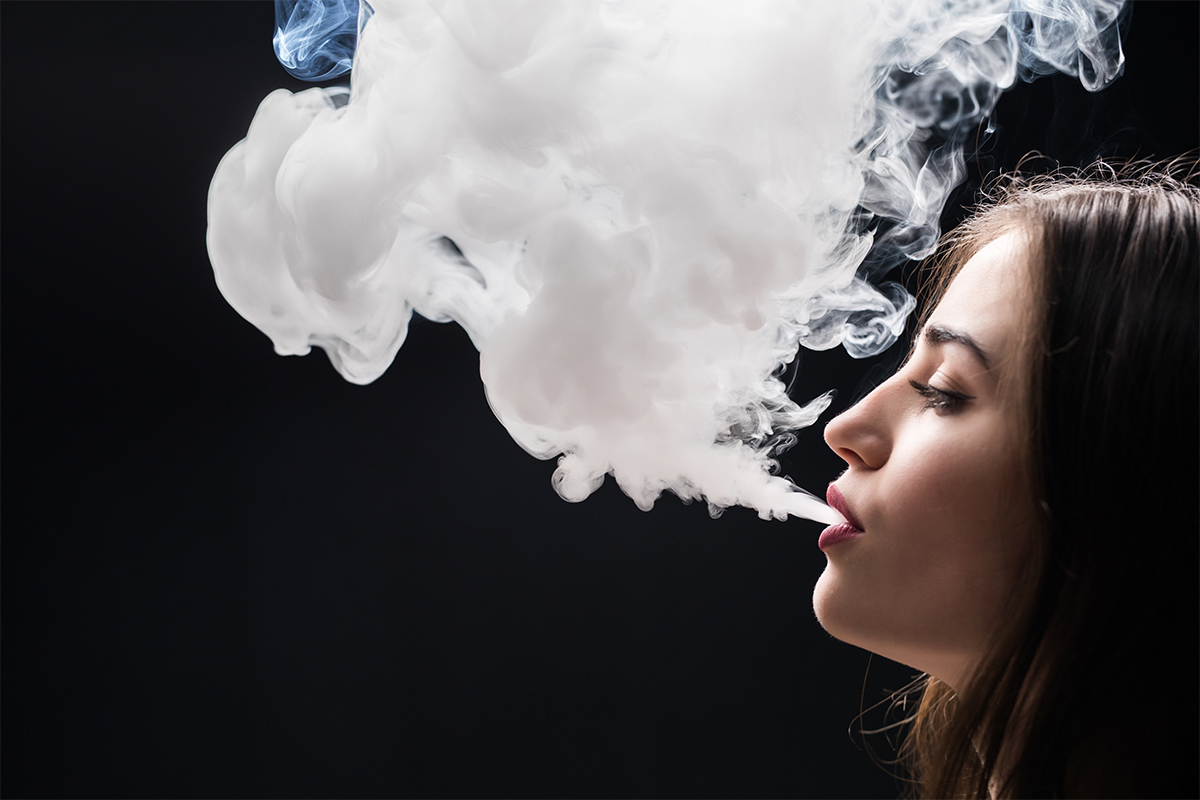 Cilia are tiny hairs on the respiratory tract that keep dust and mucus out when breathing. Long-term and heavy smoking can wreak havoc on the cilia, but fortunately, they regenerate when you stop smoking. This growth can cause sensitivity and could also explain why you cough while vaping.

Solution: If damaged cilia is the cause of your vaper’s cough, there’s nothing much you can do really apart from wait it out. That, or quit vaping altogether.

When you stop smoking, one of the things you will experience as your body – lungs in this case – undergoes restoration, is incessant coughing.

That’s just your lungs getting rid of the tar and other toxins from combustible cigarettes. This cough can last for several weeks, so if you find yourself coughing as you transition into vaping, this could be the reason why.

Solution: There is really no getting rid of this type of cough as your lungs are simply purging impurities. However, there are measures you can take to speed up the process such as, for example, drinking fluids aplenty such as water and tea, or taking a few teaspoons of honey. If the cough is unbearable, try a cough suppressant.

It’s commonplace for new vapers to experience slight irritation when they start vaping. Some of it is due to poor technique and should fade away once you get used to vaping.

In the case of vaper’s cough, however, the coughing could last a few days or weeks, the cause of which could be any of the things we’ve discussed.

In the event you develop vaper’s cough, sweep through the items on this list and try to establish the underlying cause. More often than not, your answer will come from one of these causes/solutions.