Vaper's Tongue - Get it Licked ~ Is There A Cure for Vape Tongue? 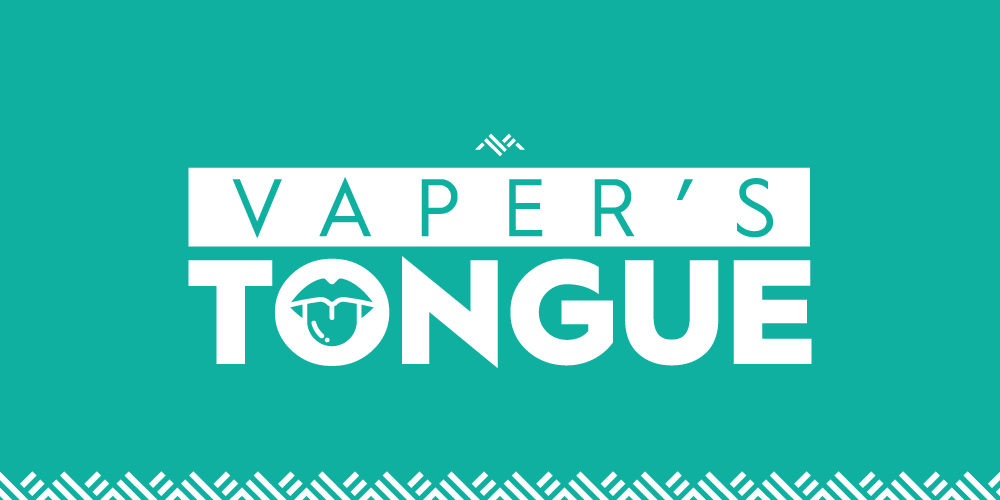 Vaper’s Tongue - Get It Licked

Does your Lime Zinger no longer zing? Is your Apricot more Apri-not?  Then it’s quite possible you have vaper’s tongue.

What Is Vape Tongue?

Vaper’s tongue usually occurs if you’ve been vaping the same eliquid flavour for a prolonged amount of time. It's rare for it to last more than three days and it’s actually a gradual process but you won’t notice the loss of taste until obvious taste fatigue sets in.  Some sufferers say their tongue feels like it has a thick coating on it, but this is down to a dampening of the tongue's sensitivity.  And your tongue can’t be blamed for everything – the ability to differentiate flavours comes from your nose as well as your mouth.  It’s a matter of smell too.  Taste and flavour are different.  Taste is a chemical sense perceived in the tastebuds - sour, sweet, bitter, salty - whereas flavour involves the perception of the taste, and so involves your sense of smell and your brain too. 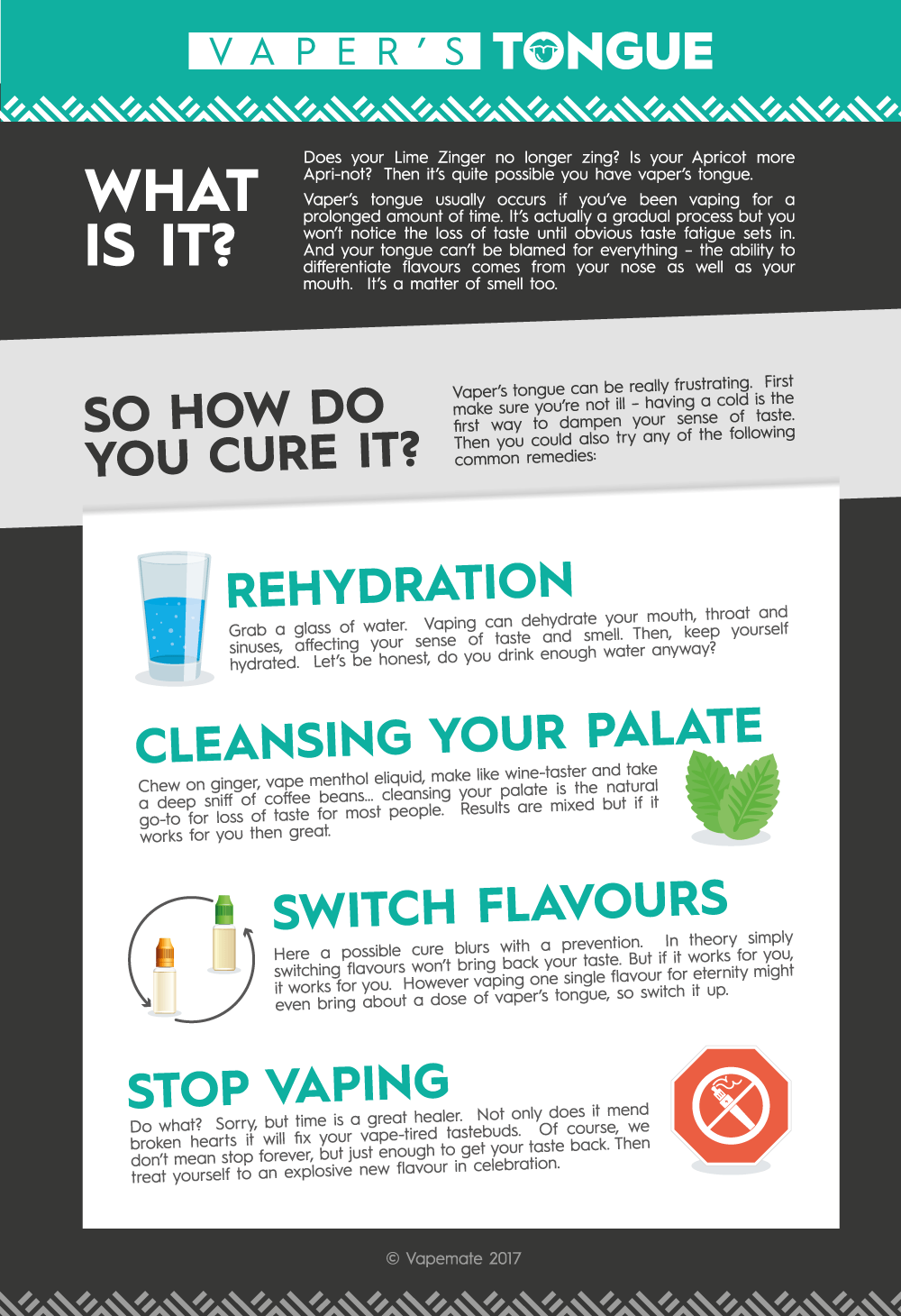 So How Do You Cure Vaper's Tongue?

Vaper’s tongue, or vape tongue, can be really frustrating.  First, make sure you’re not ill – having a cold is the first way to dampen your sense of taste.  Then you could also try any of the following common remedies: