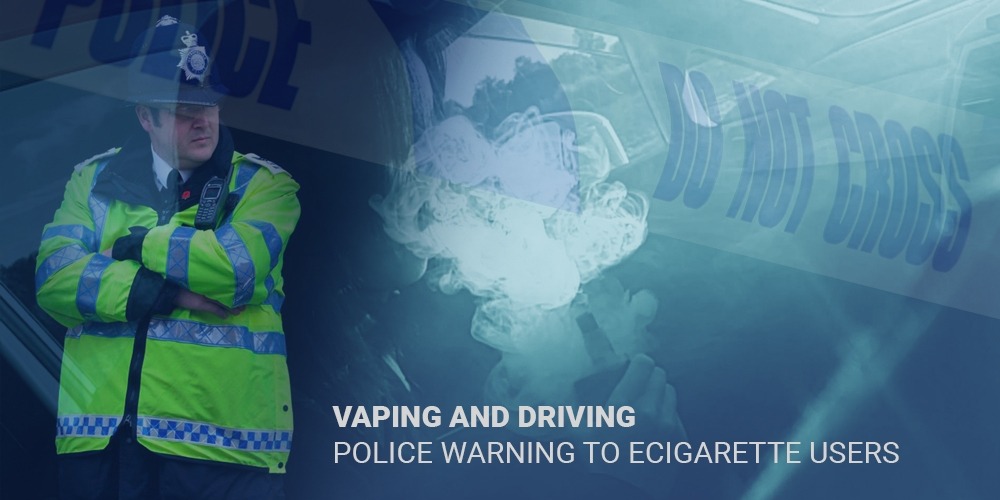 Vapers Risk Their Licence or Fine If Vaping Causes a Distraction, Police Have Warned

Police have issued a warning to vapers that if their vaping causes a distraction while behind the wheel they risk losing their licence, a fine or points.

While it’s not illegal to vape and drive, police can use the same powers for e cigarette users that are at their disposal for catching drivers using mobile phones or tablets when driving.

It’s at the police officer’s discretion, but if the vapour produced is deemed excessive or distracts the driver, even temporarily, officers can prosecute for driving while being distracted by a handheld electronic device.

And if found guilty drivers face fines of up to £2,500, between three and nine points on their licence or disqualification.

With 3 million vapers now in the UK and most of them drivers, police advice is to open a window to make sure all the vapour escapes and doesn’t block your field of vision.

There are no laws that cover vaping whilst driving specifically but a driver must be in control of their vehicle at all times, and not be distracted.

Sussex Police have said that smoke caused by vapes could be a distraction and the consequences of them can be dire, adding that it takes a moment to become distracted and potentially cause a crash or worse a fatality.

As well as temporary vision loss through the excessive vapour, there are other potential problems to consider when vaping in a vehicle too.

It goes without saying that vapers who prefer to drip shouldn’t drip while driving – a squonk mod would be the safer option.

It’s illegal to smoke in a car that is carrying anyone under the age of 18.  Vaping is currently exempt from this law.