How Much Nicotine is There in a Cigarette? 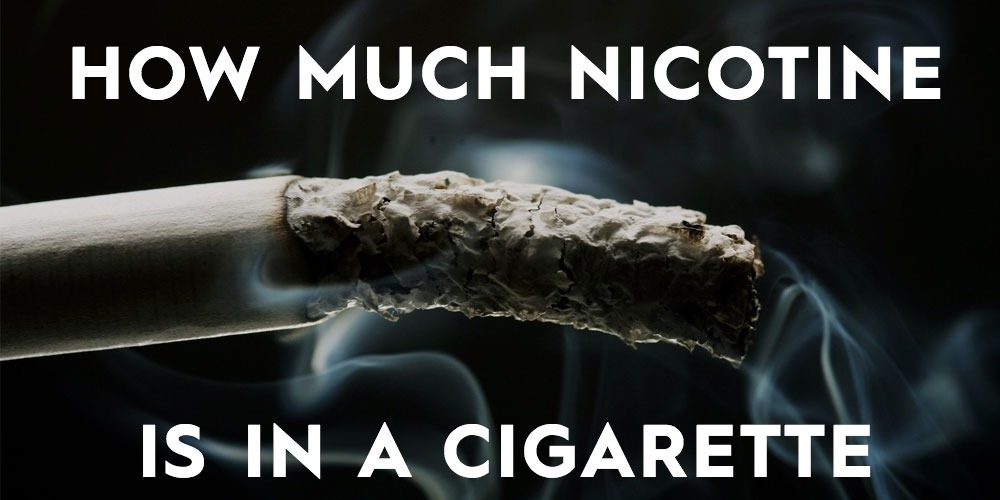 How Much Nicotine Is In A Cigarette?

Nothing, yet, delivers nicotine to your system with the speed of cigarettes.  It’s estimated that nicotine hits your brain in less than 10 seconds, almost instantly feeding the craving.

And smoking is a very well-tested habit. Countless studies have sought to examine the nature of cigarette addiction, the damage caused and how cigarettes deliver their chemicals to the body.

How Many MG of Nicotine Are In A Cigarette Exactly?

An average figure for the amount of nicotine in a cigarette is around 12mg.  But cigarettes can have anything from 8mg to 12mg, depending on the brand.

A Look at Nicotine Delivery

The few vaping studies on nicotine delivery show that e liquid via vape mods can potentially deliver more nicotine than smoking, but there are some things to consider and it’s very difficult to accurately compare intake from smoking and vaping.

The quality of the eliquid being used and the equipment being used to vape plays a part in the nicotine delivery.  Tanks, coils and vaping mods all differ in quality.  Also, nicotine in vapour isn't absorbed into the body as deeply as nicotine from cigarettes.

Smoke particles are just 1/1000th of a millimetre in size.  Lungs have millions of tiny air sacs called Alveoli, which easily absorb these tiny smoke particles.  And there are also around 600 additives in cigarettes that are designed to speed up nicotine absorption.

Particles from e juice that have been vapourised are much larger, so don’t penetrate the body as deeply.  Plus without the additives, the delivery is different, much less dramatic.

When looking at the nicotine levels in the bloodstream of smokers and vapers, smokers had on average 30 nanograms of nicotine per millilitre of blood, compared to vaper’s 15 ng/ml.

How Nicotine Unlocks the Brain

Nicotine is naturally similar to acetylcholine – a neurotransmitter found in the human brain that helps control physiological and psychological functions such as movement and how other cells process information.

Because of its similarity to acetylcholine, nicotine can open all sorts of chemical padlocks inside your brain.  And it opens the most important one for reward and motivation – dopamine.

Nicotine sets off the brain's dopamine pathways and it suppresses the enzymes that clean up excess dopamine.  Nicotine also tells the brain that it is as important as basic reward functions such as eating.

It’s for such reasons that a study in January 2018 found that smoking just one cigarette can lead to a habit.

Nicotine alone has been proven to be a good cognitive enhancer and some scientists believe that alone nicotine in doses similar to those in current smoking or vaping levels is no more harmful than the caffeine in a cup of coffee.

With smoking, it’s the tar and the 6,000 other chemicals designed to improve the flavour or addict you that cause the real damage…