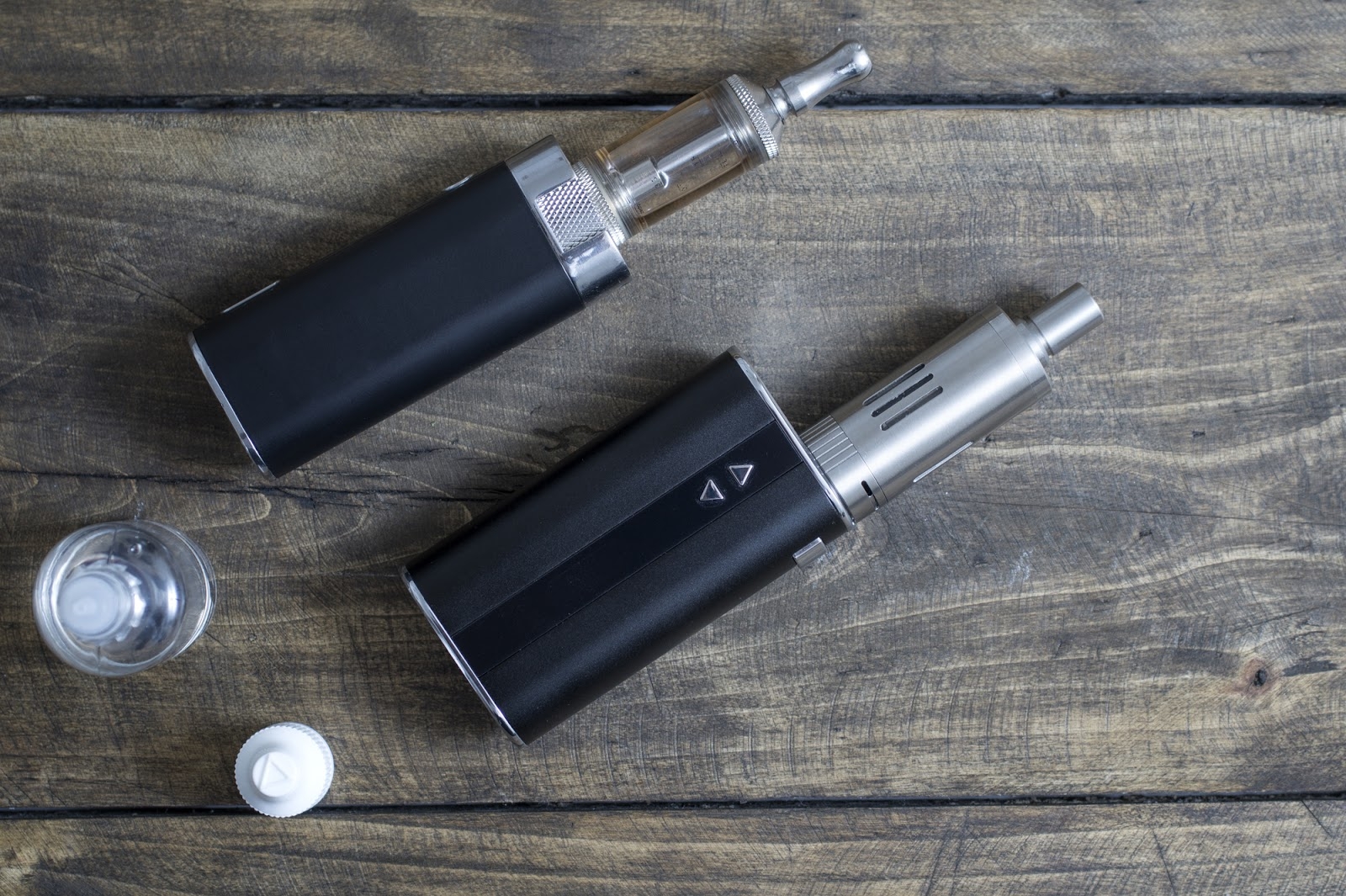 Globally, it is an industry worth in excess of $22 billion and the popularity of vaping is showing no signs of slowing just yet. So why do people vape?

#1 An alternative to smoking

European Union statistics for tobacco smokers who smoke 20 cigarettes or less a day on a per European country basis places the UK in fourth position. By the summer of 2018, less than 15% of the UK population smoked cigarettes or tobacco substances, the first time the figure had dropped this low.

Not every smoker turns to vaping as the answer to kicking the habit but it isn't uncommon to find vapers are ex-smokers, turning to it as a means of replacing the smoking habit. As smoking decreases in the UK, the number of vapers increases, although there are no facts and figures for how many vapers are ex-smokers. According to 2017 data from the Office of National Statistics, 5.5% (just under 3 million of the UK population) vape regularly.

Taking up vaping to replace smoking makes sense in many ways. As well as replacing the routine – the ‘hand to mouth action’ ingrained deeply in smokers – vaping in public is far less frowned upon than smoking.

Switching from smoking to vaping isn’t a clear-cut as some make out. There are still withdrawal symptoms and cravings but for many smokers, vaping is an enjoyable experience that replaces their craving for a cigarette.

Vaping can be very expensive if you let it. There's the equipment to buy which range in price from affordable to exclusive, just as there is a growing range of vape juice flavours… you get the picture. However, curtail your designer vaping ambitions and what you get is an enjoyable experience without a hefty price tag.

To start vaping, there are many starter kits available but a mid-range vaporiser comes in at a respectable £24. After this initial outlay, you have a choice of flavoured juice to choose from, with quality products starting from £3 a bottle. Even with a heavy vaping habit, you’ll struggle to get anywhere near the financial outlay you’d be making smoking 11.3 fags a day.

And frankly, vapers tend to be a discerning lot. Vaping may be similar to smoking in a small number of ways, but with it also being a hobby for many people, it isn’t always about getting a hit for the sake of it or smoking because you have a craving to satisfy.

#3 Something different: the joys of e-juice flavours

There are tobacco flavoured eliquids, perfect for pipe smokers from cherry and cream tobacco for the sweet tooth or eucalyptus for a menthol smoke. For cigarette smokers, the range of flavours is virtually non-existent.

For vapers, there is an almost never-ending array of flavours and strengths, a factor that is irresistibly attractive for many. From strawberry milkshake to cherry cola e-liquid, a whole landscape of ideas and experiences awaits for today’s vaper.

In the beginning, there was a limited number of e-cigs and vaporisers to choose from and even less in terms of e-juice flavours. Over time, the hardware choices started to evolve as did the juices, new coils and tanks. Of course, the advances in technology also gave the vaper an improved experienced.

For those with a thirst for knowledge and an ability to create and invent, vaporizers can be built and dismantled. For anyone who enjoys tinkering, as well as vaping, it brought a whole new hobby direct to the palm of their hands.

A bit like someone who enjoys cars and spending time tinkering under the bonnet, there is a growing core of vapers who build and tweak their own equipment.

#5 To become a vaping expert

What does vaping at a higher wattage do? How do you make big clouds when you vape? How hard is it to make your own flavoured e-juice? As a topic of discussion, debate and evolution, vaping is in its infancy, in many ways, and that means it is ripe for welcoming experts into its midst.

The average vaper may not care about these questions nor the answers in all honesty, but again, like those who see vaping as a hobby, there is a growing core of people who are pushing the bounds of vaping and current technology to the limit. It can take a long, long time to discover all the intricacies of vaping but in doing so, you could be on a very rewarding journey.

#6 To relax and chill

Modern life is stressful. With days filled with endless tweets, texts and notifications of everything happening at any time anywhere in the world, unpacking all this stress is a tough assignment.

There is yoga, running, climbing hills, reading a book… so many options for de-stressing, chilling and relaxing. And there’s vaping too.

It’s a common misconception that all e-juice contains nicotine. They don’t. There many non-nicotine flavours e-juice flavours, like Black Tea described as ‘just for enjoyment’. This means the process of vaping, the deep inhalation and exhalation, leaves you beautifully chilled after yet another tough week pounding the treadmill of life and work.

You don’t have to vape because everyone else is, just like you don’t have to smoke because your friends do or drink because they do. Vaping is not about following a pack or subscribing to the latest popular fad.

That said, there is a pleasant social undertone to vaping that we don’t always see with other habits. Being part of the large community of vapers is no bad thing, illustrated by increasingly popular shows and events like Vape Jam UK. With events in London and Liverpool, thousands of vapers pack through the doors to catch onto to the latest vaping innovations.

Why did you start vaping?