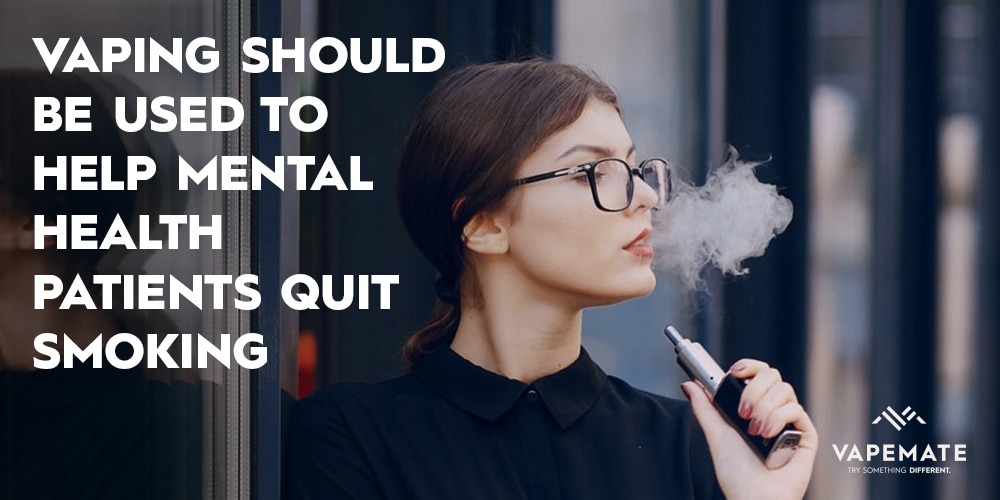 Ecigarettes Should Be Pushed as Potential Way Out for Smokers

The Mental Health & Smoking Partnership has said that smoking remains “part of the culture in too many mental health settings”, and that vaping and nicotine replacement therapies should be made an easier choice than smoking.

High smoking rates are commonplace in mental health units, and while 16% of adults in the UK currently smoke in psychiatric units the levels are at around 70%.  People with mental health issues are twice as likely to smoke as those without.

In its recent ‘Statement on Electronic Cigarettes’ the partnership said that in order to help patients quit, they should be given easier access to ecigarettes.

In its principles to staff, the partnership said that:

“Vaping is different to smoking. Electronic cigarette use does not meet either the legal or clinical definition of smoking. There is no current evidence that secondary vapour from electronic cigarettes is a significant risk to non-users.

To help smokers to stop smoking and stay smokefree, a more enabling approach to vaping should be considered to make it an easier choice than smoking. Vapers should not be required to use the same space as smokers, as this could undermine their ability to quit and stay smokefree.”

The Mental Health & Smoking Partnership was formed in 2016 following the publication of a report by charity ASH that highlighted the disproportionate numbers of people with mental health issues who were also smokers.

The partnership includes The Royal College of Psychiatrists, and Rethink Mental Illness and its aim is to reduce smoking among mental health patients to 35% by 2020 and ultimately to 5% by 2035.