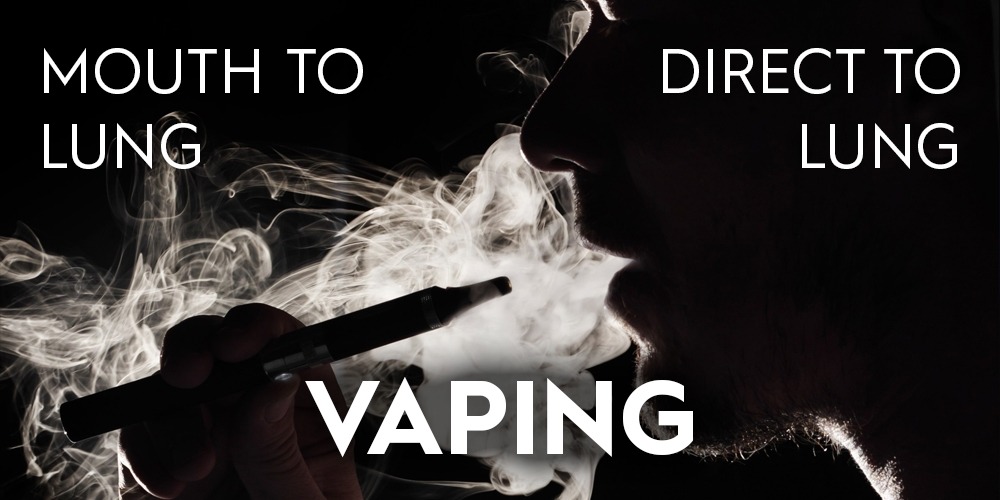 What Are Mouth to Lung and Direct to Lung Vaping Techniques?

Mouth to Lung and Direct to Lung are two different vaping techniques. The terms pop up from time to time and it can be confusing what each means, particularly if you are new to vaping.

Whether you are Mouth to Lung or Direct to Lung depends on the ecigarette device you are using and then which style you prefer as a vaper.  But let’s take a look at each in more detail:

Mouth to Lung (MTL) replicates the experience of smoking the closest and is found in most pen-style devices and starter kits rather than vape mods. It's a usual starting point when it comes to vaping for beginners. Mouth to Lung vaping involves taking the vapour into the mouth then inhaling it into the lungs, in a similar way you would if you were smoking a cigarette.

It’s the common technique with a low-powered e cigarette, which produces less dense clouds.  The tanks on these devices do not have enough airflow or power to produce the required amount of cloud.  Trying to create a Direct to Lung experience through a smaller device is almost impossible with the limited airflow available.  Furthermore to get the hit required would require too much inhalation for the process to be comfortable.

Mouth to Lung vapers will often use a high PG blend that can carry flavour along with a good throat hit to mimic the action of smoking.

Direct to Lung requires more powerful vaping mods that can create dense clouds that can then be inhaled directly from the device and into your lungs.  Because the devices have a greater airflow they’re not suited for Mouth to Lung vaping as the small cavity that is your mouth gets filled too quickly for a satisfying hit.

The bigger devices deliver more vapour, more flavour and the throat hit is very different to that of Mouth to Lung vaping.  Nicotine delivery is more direct with this technique too. Most users will choose a setup with adjustable airflow to entirely tailor the experience.

Users will require a high VG blend that can create dense clouds of vapour as well as carry big flavours.