Vaping Laws and Regulations in the UK [2020] 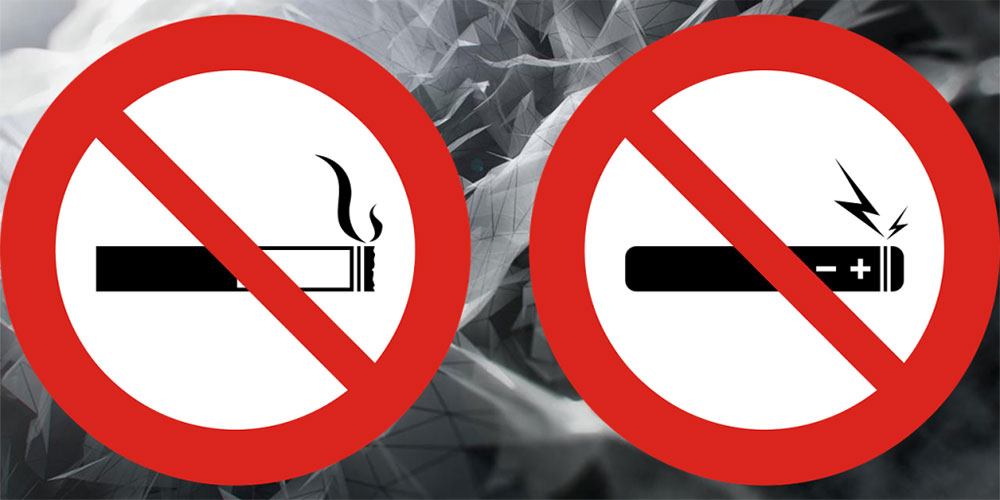 It’s been 11 years since e-cigarettes first appeared in British shops. Since then, new vaping laws have been brought into force to govern their manufacture and promotion, and old smoking laws have been reinforced to take into account the rights of the avid Brit vaper.

Although there is no legal restriction to vaping in the UK there are local laws and bylaws in force that prohibit the practice.

If the laws of these individual establishments and institutions are violated then the vaper will be prosecuted.

Laws that govern smoking are fairly rigid and widespread. From 2007, the law in England changed to prohibit the smoking of tobacco in any enclosed space (although several places were exempt such as designated rooms in hotels, nursing homes, prisons and mental health units).

In terms of e-cigarettes, there is currently no legislation that effectively bans our vaping anywhere – indoors or outdoors. That said, many spaces have levied their own sanctions for vapers, and visitors are expected to abide with the prohibitions in place.

A selection of companies and institutions that forbids vaping is as follows:

You get the message.

But sometimes the message isn’t that clear. For instance, some restaurants forbid vaping especially on the grounds of their believing it to be a ‘step backwards’ after accepting with open arms the 2007 smoking ban.

And yet, some others allow it.

That being said, it is far better to approach somewhere with the mind-set that your vaping will not be allowed than to go in amid a plume of vape.

If in doubt, ask for some advice and direction from a manager or owner or receptionist.

And remember, just because there is no statutory law forbidding the use of vapes there are laws governing what you can and can’t do in certain spaces, and those are the ones that you will be prosecuted in accordance with.

It is worthwhile to mention that a place that sports ‘no smoking’ signs has more than likely decided to restrict vaping too.

Vaping behind the wheel

Vaping while you drive may not seem like such a big deal but it could land you with up to nine penalty points and a fine of £2,500.

Once again, it isn’t the act of vaping that will get you into trouble but the repercussions of it, and when you drive it is the plume of vape that could lead you to deep water.

If you vape when you drive and your car is full of vapour you will be pulled over for driving without due care and attention. Makes sense, since if you allow a large white plume to surround you and you are traveling along a motorway at 70mph you are putting your life, as well as those of your passengers and other road users, in danger.

So, suck it up and blow it out of the window.

Vaping in the UK

It is generally agreed, even by our top docs, that vaping is not as bad for you as smoking tobacco. E-cigarettes contain nicotine but they don’t have in them the harmful things such as formaldehyde, tar, particulates, and carbon monoxide.

Although there are no positive benefits arising from vaping, the British government thinks that it is the most harmless way for us to get a hit of nicotine.

And because it is meant to be far safer than smoking there hasn’t been an outright ban on e-cigarettes. Despite what people think, the government doesn’t want us to get sick, because that puts more pressure on the NHS.

The legal restrictions that govern vaping mostly relate to the production and promotion of the product. Regulations such as these are at the heart of governments wanting to ensure vapers and the general public are not exposed to unnecessary risks.

The strictest laws apply to the percentage of nicotine that is contained within e-liquids, and the volume of the cartridges and atomisers of the vapes themselves.

Previously the maximum volume of nicotine permitted in an e-liquid was 24 milligrams per milliliter but this has been reduced to 20 mg/ml following the extensive debate and on the advice of medical advisers. Additionally, an e-liquid container must have a capacity of 10 ml or less.

But there are also laws that govern how companies promote their brands of e-liquid and vaping in general. For instance, a company is, by law, forbidden to say that vaping their product is safer than smoking tobacco.

Additionally, new e-liquids must be scrutinised by committees and experts before being made available to the general public. A company cannot manufacture a new liquid and just start selling it. The process of scrutineering lasts up to six months.

Two years ago (2018), following updated safety information about vaping, MPs on both sides of the House of Commons called on the government to allow e-cigarettes to be available via the NHS on prescription.

There was also a call for vaping to be made lawful in offices and other indoor space; a move that would circumvent the local legislation.

Despite the current law, which forbids vape companies to state that vaping is less harmful than tobacco smoking, there is a move by the All-Party Parliamentary Group for Vaping (APPGV) to make the statement run, and thereby announce publicly that vaping is not as risky to our health as is smoking. There has however been an acknowledgment by the NHS that e-cigarettes are around 95% safer than smoking.

Other public areas such as universities and museums are targeted by the APPGV.

The Group states that unless there is a legitimate reason to believe that vaping will be harmful to the environment or to other workers it should be allowed in every indoor space.