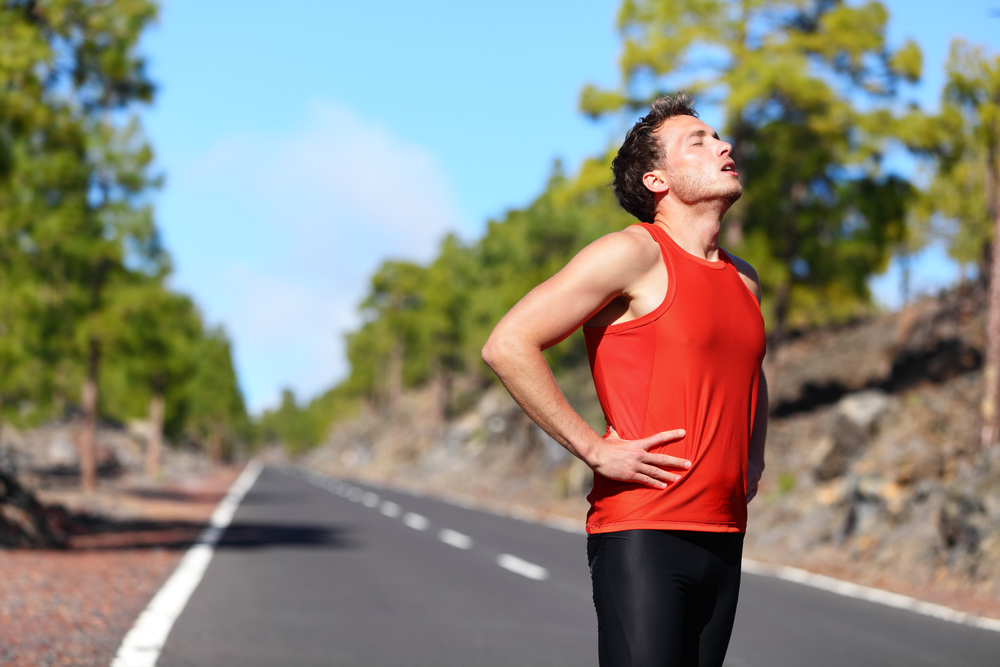 If you’re aiming to be a professional athlete, the odds are, you aren’t going to do anything that could jeopardise your health or put your performance at risk, so we aren’t talking about vaping and professional sportspeople here.

We want to know how vaping affects us regular joes. The ‘go for a run occasionally’ people, the ‘hit the gym a few times a week’ people.

Because you must be aware of the detrimental impact smoking tobacco cigarettes has on your body, not just on your lung capacity, but your heart’s ability to function properly too.

Smoking tobacco cigarettes has been scientifically proven to cause your arteries to constrict as well as hardening the walls of your blood vessels and ultimately making your heart rate increase (because it has to pump quicker to counter the narrowing of your tubes).

This, in turn, affects your ability to exercise, because smoking means the blood cells that carry the oxygen around your body aren’t able to do their job properly, not giving your muscles the energy they need to work as well as they should.

That combined with the carbon monoxide you inhale each time you take a puff on a tobacco cigarette, which works to displace the oxygen in your bloodstream, as well as the tar that is slowly lining your lungs, reducing their elasticity and increasing your phlegm production, will all conspire against your ability to exercise effectively.

But does vaping have the same negative effect?

Of course vaping doesn’t have the hundreds of chemicals that tobacco cigarettes have, nor does it have the tar that coats your lungs, reducing their functioning capacity, and undermining your efforts to workout.

And if you vape nicotine based e-liquids, you could actually be working out harder. Why? Because nicotine is a stimulant, giving you an extra boost of energy, just when you need it, according to this livestrong article.

The problem with assessing how vaping affects how we workout, is that vaping is such a new phenomenon that there really isn't a whole host of research or data available yet that we can tear into. Not like there is with the effects of smoking tobacco on exercise.

All that we have to really go on when assessing how vaping affects exercise, are anecdotal accounts. And whilst people’s experiences of exercising as a vaper should be taken with a large pinch of salt, we should still listen to the findings because these people are the only ones who can really say how it is: how vaping has affected their ability to exercise.

And most people say that they have noticed a marked improvement in their cardio performance since switching to vaping.

The key point to note here is, if someone says their ability to exercise has increased dramatically since they switched from smoking tobacco cigarettes to vaping, well, that increase will have been aided by the tar and nasty chemicals leaving their lungs, beginning the exodus the minute they stubbed out their last cigarette. So the benefit hasn't come from vaping alone.

There are even reports of CBD helping in recovery after exercise. Therefore vaping CBD vape juice could both help with exercise and recovery; however, these studies are limited and you should consult a medical professional before taking CBD if you have any worries.

But back to vaping affecting exercise

There are a large number of anecdotal accounts of vapers who have recorded their experiences via blogs and online posts, saying that their cardio fitness has come on leaps and bounds vaping as opposed to smoking, as has their ability to swing heavy weights around a gym.

There, of course, is no scientific data, as yet, to say whether vaping is better for cardiovascular health than not vaping, we shall have to wait out for any such reveal.

The point is thus, whilst there is no conclusive evidence to suggest vaping is better or worse than smoking, we can make an educated guess, formed from common sense and knowledge of the difference between what is in a tobacco cigarette versus what is in an e-cigarette, that vaping will not be so detrimental to cardiovascular fitness as smoking is.

However, it’s also probably safe to say that anything you put into your body via your lungs is not going to give you the boost you’re hoping for - sorry to burst your bubble.

But that isn’t to say that it might not.

As mentioned previously, there have been accounts of weight lifters experiencing renewed energy vaping before a gym session, so if you’re a gym bunny, there could be hope for you yet.

So, whilst the science doesn’t exist to clarify one way or another, if vaping improves your ability to exercise, then what else really matters? And if you’re worried about the effect of nicotine and vaping on your workout, why not try non-nicotine e-liquids?

If you're still worried about how vaping can impact your exercising - get in touch!